Through a US$ 25 million investment, the company has more than tripled its barge unloading speed.

Terminales Graneleras Uruguayas S.A. (TGU) is increasing its operational capacity on all fronts. Through a US$25 million investment, within the port premises the company set up a new module equipped with conveyor belts, scales and a shiploader, built three new vertical silos each with a storage capacity of 10,000 tonnes, installed a discharging platform for trucks and added a second barge unloading station at the coastal dock with its corresponding scale.

TGU Chairman Christian Bolz, who headed the ceremony on behalf of the board of directors of the company, emphasized the importance of the construction work completed for maximizing the performance of the Nueva Palmira harbour.  “The development of the ocean dock enables us to coordinate actions with the coastal dock to speed up grain-related operations. Our goal is to make transport by sea the most convenient option, thereby decongesting roads and boosting the integration of the entire logistic system”- he remarked.

The highlight of the entire investment is the shiploader with a transfer capacity of 1,500 tonnes, which makes it possible to load vessels with larger-than-usual sizes. It is an environmentally friendly, representing the latest development in harbour dust emission control.

The new facilities help speed up the shipment of grains for export. In the early 2000s TGU mobilized around 300,000 tonnes of grain per year. At present, this figure has jumped to more than 2 million tonnes. Bolz stated that, based on the new construction work completed, they aim to further boost grain movement.

The extension work carried out by TGU in Nueva Palmira was praised by the Government, which was represented at the ceremony by Minister of Economy and Finance Danilo Astori and Minister of Livestock, Agriculture and Fisheries Tabaré Aguerre.

As a result of the new construction work completed, TGU has become Waterway leader as regards barge unloading speed. Indeed, it now offers the most outstanding service in the region, thereby increasing its capacity to capture loading operations from other countries –mainly Paraguay. 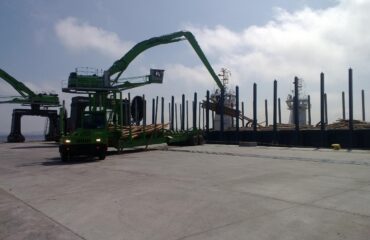 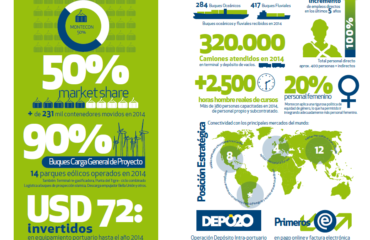